Modern Coast Bus Involved In a Head-On Near Muhoroni Junction 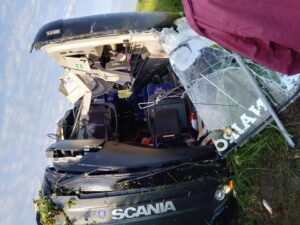 A Modern Coast bus was today involved in a head on with a lorry near Muhoroni junction, Kericho Coumty. The bus was headed for Nairobi from Uganda before it was involved in the accident.

Eye witnesses reported that the lorry driver was avoiding potholes due to bad the bad roads in the area and could not see the oncoming leading to the head on collision between the two vehicles. The driver of the bus sustained serious injuries with several passengers sustaining minor injuries. 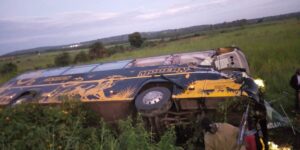 The injured were rushed to Kericho County Refferal Hospital and Muhoroni Sub County Hospital for treatment. Divisional Commander visited the scene of accident and the confirmed the incident and led the rescue.

ENA Coach To Start Its Operations In Mombasa...

What You Didn’t Know About Modern Coast Ltd...

How SGR Train Launch Will Be A Disadvantage...