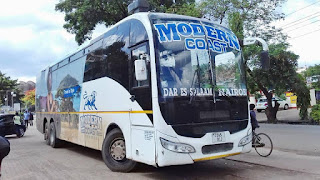 Modern Coast one of Kenya’s biggest transport company operating the East Africa region quits Nairobi – Dar es Salaam route. The move that occurred over the week came to a little or no surprise as customers from Modern Coast complained of the constant delays on the time of departure.

However according to Modern Coast management the company had to quit the route due to the lack of customers plying that route leading to losses. It also pointed out on the issue of wear and tear caused to the buses operating the route plus the high costs during breakdowns which was a tricky part to have a rescue bus sent for the passengers.

A post in one of the social media groups cited how Modern Coast were the cause of their own downfall in that route.

The post further clarified 3 major reason citing continuous delays, poor entertainment from the company and lack of refreshments such as drinking water.

Delays
The post cited on the continuous delays travelers experienced as the bus company had to wait for passengers from Kampala. 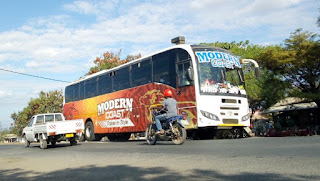 Entertainment & Refreshments
The post also clarified that the company had the tendency of having no entertainment from the bus. It also went further in stating how Modern Coast lacked refreshment like drinking water while other bus companies operating the route offered a variety of refreshments from sweets, soda, biscuits and water.

Do you have a story or travel experience that needed sharing? Email us your story at info@buskenya.com or WhatsApp us on +254717030704

Things To Consider Before Deciding On What Bus...

Modern Coast Resumes The Use Of Loyalty Cards

Experience The Beauty of Lamu Island at...